So, you’ve probably heard by now that the theme for this upcoming summer reading program is “Libraries Rock,” and at this point, you’re wondering how you can incorporate sound into your space-themed STEM program this summer. Here is some food for thought, sound ideas, and most importantly, links, to help you develop the best sound-infused space program ever (or at least in this author’s opinion).

THE SUN
Let’s start at the most important member of our Solar System. Did you know that series of pulses, waves, and oscillations dominate the sun, creating acoustic waves? It’s true! These acoustic waves help scientists learn about the sun’s interior. Sound cannot travel through space, and the sounds are not at a frequency we can hear, but if you tune them to a higher frequency, we can convert this sound-data into something audible.

Some examples of this can be found here: http://soi.stanford.edu/results/sounds.html

Learn more about the acoustic waves produced by the sun here: http://solar-center.stanford.edu/singing/singing.html

The folks at University of California, Berkeley used data from the solar wind and set tones to these data. The solar wind does not produce its own sound, but you can set different tones for things like the density of the solar wind as measured by spacecraft. I like the way they set these data to the sounds of the Berkeley campus church bells:

You can also learn how musician Robert Alexander began working for NASA turning solar data into audible sound and then composed a piece using the data-turned-sound combined with other original composition overlaid.

Here is a documentary about the artist:

And the piece he composed:

JUPITER
We are going to skip some planets, here, and move straight to the dominant planet in our Solar System. Jupiter clicks, pops, and whistles, also at radio frequencies above the range of human detection, but if we tune the frequency down, you hear the eerie sounds created by its interaction with nearby moon, Io, as it travels around the planet. Lightning in Jupiter’s atmosphere also generates some radio frequencies. The resulting “music” sounds like something straight out of a 1960s science fiction thriller.

Below are some examples, and the YouTube links come from NASA’s JUNO mission, currently orbiting Jupiter!

More information about how this occurs, and additional examples can be found, here:

SATURN
What’s that creepy sound? Don’t look behind you, it’s Saturn! AAAAAH! But seriously, the Cassini spacecraft recorded radio frequencies generated by the aurora that form at both of Saturn’s poles. Shifted to human-friendly frequencies, the sounds are bone-chilling:

For more sounds recorded from the Cassini mission, visit:

For more spooky sounds from around the Solar System, visit: https://soundcloud.com/nasa/sets/spookyspacesounds

EARTH
The Earth makes whistling noises as our magnetic field interacts with particles in the solar wind. The Radiation Storm Probe mission recorded these radio frequencies and tuned them to frequencies friendly to human ears.

For more about the sounds and how they are generated around Earth, this Science@NASA YouTube video explains it well: 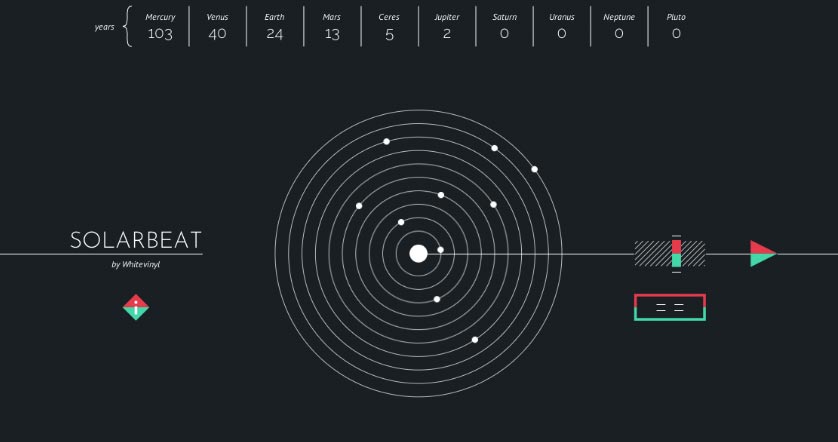 SOLAR SYSTEM
Imagine if the Solar System was a colossal music box that you could control, and every time a planet went around the Sun, it would produce music. Imagine no more! The Solar Beat is one of my favorite examples of how fast or slow planets orbit the sun. The closer to the sun a planet is, as Johann Kepler discovered, the faster it travels around the sun. Mercury makes the most “dings.” Here, you can set the speed of the planets using the red and green slider to the left of the picture of the Solar System. Alter the sounds by clicking on the red and green box below the slider to reveal scale, echo, flutter, and bass tools (click on the ‘x’ in the red and green box below the tools to close). Stop or start the music using the red and green play button.  You can watch how many times a planet orbits the sun using the counter tool at the top. How long does it take Pluto to make just one sound? 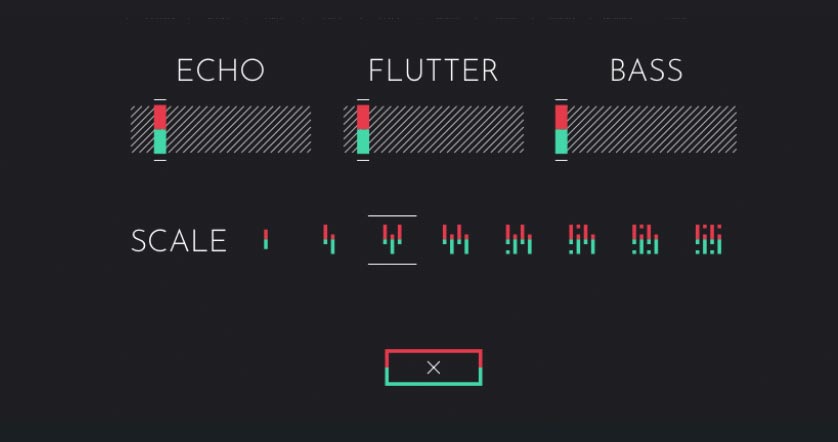 ROCK OUT WITH THE ‘STARS’
Carl Sagan, Bill Nye, Neil DeGrasse-Tyson, Stephen Hawking and more! Listen to some awesome techno-rock music produced by Melody Sheep to create a Symphony of Science.

My personal favorite is the oldie but goodie, ‘Glorious Dawn’ featuring Carl Sagan. Find it at the bottom of the videos page.