Happy October! Like the rest of the known (well, at least here in the Midwest!) world, you CAN bring pumpkins into your programming! But there are ways to do this which include many STEM concepts as well as fun!

There are many great fiction titles about pumpkins, some of which actually follow the life cycle of the pumpkin. A few of my favorites of those titles are: 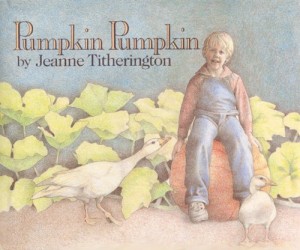 Pumpkin Town! (or, Nothing is Better or Worse Than Pumpkins!) by Katie McKy; 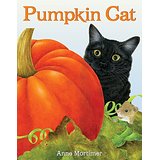 and of course, Pumpkin Cat, by Anne Mortimer.

The whole host of usual pumpkin crafts, rhymes, finger plays and songs go along with these and many, many other pumpkin stories.

However,  there are also many good non-fiction books about the life cycle of the pumpkin. A few of them are:

From Seed to Pumpkin, by Wendy Pfeffer;

Circle: The Story of a Garden, by George Levenson;

and Life Cycle of a… Pumpkin, by Ron Fridell.

There are many others available. These are just a few, and they are among the great ways to introduce plant life cycles. Opportunities to study how seeds become sprouts, then seedlings, then vines, flowers, and pumpkins lend themselves to a number of hands-on explorations. A quick google search reveals many “pumpkin life cycle” crafts for the youngest preschoolers through early elementary. There are a great many other STEM options for this theme as well.

For example, there are books that discuss the differences between fruits and vegetables, such as It’s a Fruit, It’s a Vegetable, It’s a Pumpkin. 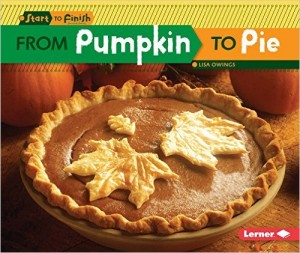 This could lead to other lessons on topics ranging from good nutrition to pollination to local foods. Books such as From Pumpkin to Pie make a good addition to this discussion,  as does Seed, Sprout, Pumpkin, Pie. 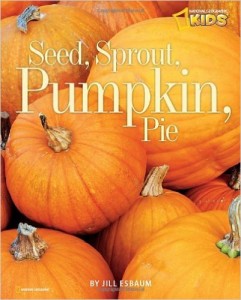 There are also books that address math concepts, such as estimating and skip counting. In How Many Seeds in a Pumpkin?, by Margaret MacNamara, a classroom explores three differently-sized pumpkins, and learns many things about them. One surprising fact is that the number of seeds in a pumpkin can be estimated by the number of lines around the outside of it!


Pumpkins also lend themselves to lessons dealing with color, as in addition to the usual orange, they come in a range of colors including white, green, yellow, blue, and even patterned! These could easily be extended to include sorting, sequencing, graphing, and much more.

Last but not least, there are books that follow what happens step-by-step when our jack-o-lanterns lose their smiles. As great additions to the life cycle discussion (and perfect for classrooms or libraries with gardens!), don’t forget to include Rotten Pumpkin and Pumpkin Jack. 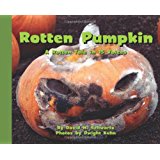