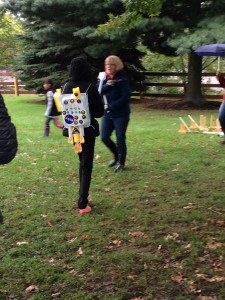 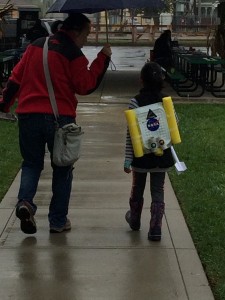 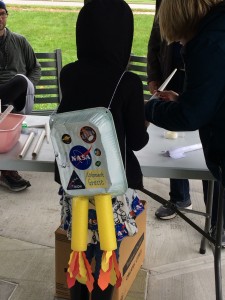 How do you decide if an event is a success? Usually the number of people in attendance is a good indicator, and one that the state wants us to report. But what if you only have three people from your intended audience attend? Can you still call that a successful 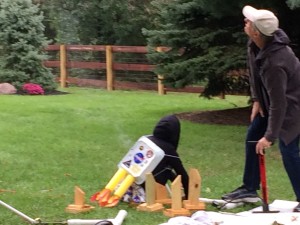 To celebrate the end of World Space Week in October, we held Camp Cosmos at one of the local parks. We had paper rockets launched by compressed air, made space packs, offered “moon sand” to play in, made galaxy art, and more. It was a great event. The problem was that we held the event outside, and it happened to be 45 degrees and raining that d 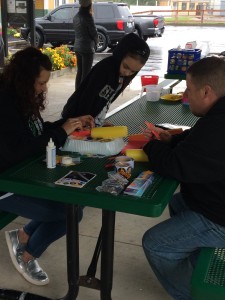 ay. And it was a home game day for the Cincinnati Bengals (we’re 8 miles from the 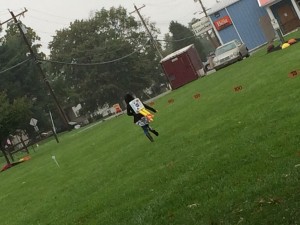 stadium.) The weather and the timing were definitely against us.

Three families attended, and all three of the children in attendance were girls. All three made awesome space packs, all three made beautiful galaxy art. All three created paper rockets, which they then launched as far as 150 feet with compressed air. All three were completely absorbed by the science they were doing, and the parents of all three thanked us repeatedly for offering the program. One of the girls told us she plans to be the first vet in space. So by those standards, I would say it was a rousing success!

We determined that were weather not a factor, there would likely have been high attendance. We plan to try again this coming summer, with an indoor event. We will go outside to launch the rockets, and will expand the variety of space-related options we offer during the event. We plan to hold the revamped program on the anniversary of the creation of NASA, in July. 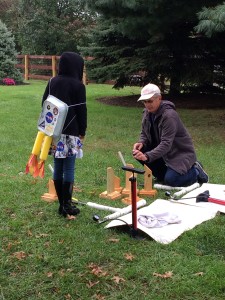 rockets. Each girl had several launch attempts, changing the trajectory and the pressure to make changes to the launch distance. The space packs were made 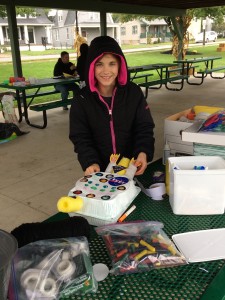 using aluminum baking pans, paper rolls, stickers, yarn, construction paper, pool noodles, and a great deal of imagination. Galaxy art was created with black card stock, colored chalk, and stickers. Moon sand was available for play- it was too cold to enjoy it at the park, so we bagged some up and sent it home with our participants (and then gave away bags of the rest of it at the library later that day!) The moon sand recipe we used can be found here. We even had a volunteer who attended in the rain to help us with the anticipated crowd. 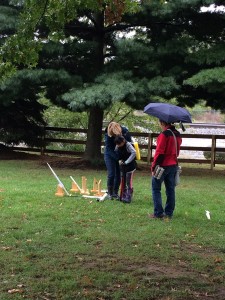 We learned a lot in what we have come to call our practice run for the NASA birthday event next July. We learned that the activities we chose were great choices. We learned that engaging parents with their kids on an art project that seems rather difficult (especially outside, in wet weather) can create some awesome results. We learned that substituting corn 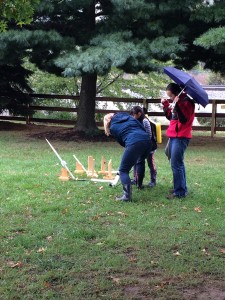 starch for the flour in the moon sand will allow those who are gluten reactive to play with it too. We learned that there is a need for girls to express their interest in space and to be allowed to engage with things like rockets and physics. We all know about the push for STEM, especially among girls, but the fact that the only kids who showed up in the terrible weather to do space stuff were girls… that made a very big impression on us. We learned that we were offering something good, and that it is worth trying again.

And yes, it was a very successful, even if not well-attended, event.