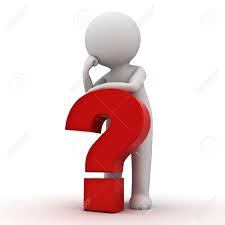 What can you do with a group of kids, corrogated cardboard, a lot of beads, pipe cleaners, and some masking or decorative duct tape?  Make abaci, of course!

With a little bit of preliminary work, this is a craft program that even pre-schoolers can master.  The tools I used in my program were:

–  6″ x 6″ corrogated cardboard (2-3 pieces glued together with the “tunnels” running perpendicular to one another) If using 3 layers, I make sure the center layer has the vertical channels.  That way the pipe cleaners can be thread into the channels and be centered in the abacus.

Ahead of time I cut two windows in the cardboard – one 1″ x 4″ and one 3.5″ x 4″ with a .75″ section of cardboard left in tact between the windows, and a 1″ border all around the square.  I also counted out the beads and pipe cleaners into cups before the program.

Here are some images to give you an idea about what the frame should look like:

After the children received their supplies, they were welcomed to trade and swap the beads around to get color combinations they wanted.  When they were each happy with the collection of beads they had, they started feeding a pipe cleaner into a cardboard vein fairly close to one edge of the windows.  When the end of the pipe cleaner enters the smaller window, they added two beads (or one if using 50 beads).  Then the pipe cleaner is pushed across the rest of the window to the same vein on the opposite side.  When the pipe cleaner enters the larger window, four more beads are added.  The pipe cleaner is then pushed into the same vein on the opposite side of that window and to the edge of the cardboard square.  The rest of the pipe cleaners are fed through in the same manner, spaced equally apart across the width of the windows.  When all ten pipe cleaners have been fed through and beaded, I cut off any points that protruded from the cardboard square.  Masking tape was wrapped around the edges to keep the pipe cleaners in place and protect fingers from being poked.  The final step before learning to use the abaci was to decorate them with markers, crayons, stickers, and whatnot.

The participating children had a wonderful time being creative with their new toys.  The older ones quickly learned how to add and subtract using their own abaci, the younger ones learned basic counting, and parents left with a new way to help their children practice math skills.  Everyone had a great (and educational) time!

For more information on Chinese and Japanese abaci, and how to use them, check out these sites:

Abacus:  Mystery of the Bead – A guide to the history and a tutorial for the use of the soroban abacus, or the ones with a single bead above the beam. 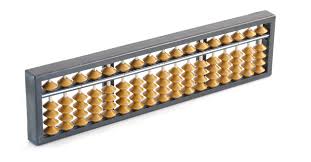 Guide to the Use of the Suanpan Tutorial for the suanpan, or Chinese abacus, which has two beads above the central beam.

Guide to the Horizontal Abacus

How to Use an Abacus to Teach Kids Math