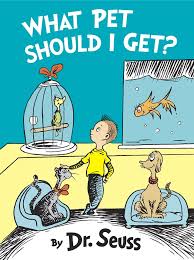 A few weeks ago I decided to have a program where the kids could relax and let their creative juices flow, and where some of the parents/grandparents could flash back to their own childhoods and have a good laugh.  The program, I expected, would be a short one.  Then we could spend the rest of the time making thank you cards and notes for our summer reading club sponsors.  It was the week of Independence Day, after all, and it’s hard to get folks to come to the library that week.  Things turned out a bit differently than I’d anticipated – in a very good way. 🙂

I’d labelled the program as a surprise activity.  The only way to find out what we would be doing was to come.  Curiosity can be a great draw sometimes.

I began the program by going around the group asking if they had pets, what kinds of pets they had, about their pets, and what kind of pet would they pick if they could have an pet they could imagine.  Then, for just a brief moment, I enjoyed the horrified expressions on the adults’ faces as I promised that every participant would leave the program with a brand new pet of their very own.

I moved on to read the book What Pet Should I get? by Dr. Seuss.  We had a lot of fun trying to guess what kind of pet the two children would encounter next as the story progressed, and at the end we had a vote to decide what pet they finally took home with them.

Next, I asked everyone what they thought the easiest pet in the world to take care of would be.  I received all kinds of suggestions, including elephants and giraffes.  (Now there were some really scared parents sitting at the back of the room.)  When everyone, including the adults had run out of ideas, I told a story about a man who had a similar discussion with some of his friends.  In this story, he tells them that he has the easiest, best pet there is in all the world.  When they finally get tired of guessing what pet he has, he tells them that he has a pet rock.  It always stayed right where he left it.  He didn’t have to worry about walking, grooming or bathing it.  He didn’t have the expense of food, toys, vet bills, vaccinations, carry crate, pet sitters when he was on vacation, litter box filler, etc.  Then when his friends dare him, he goes out and purchases a LOT of rocks, creates some very interesting packaging, writes a training manual for pet rocks, and becomes a millionaire in just a few months..  That story is true.  The man’s name was Gary Ross Dahl. 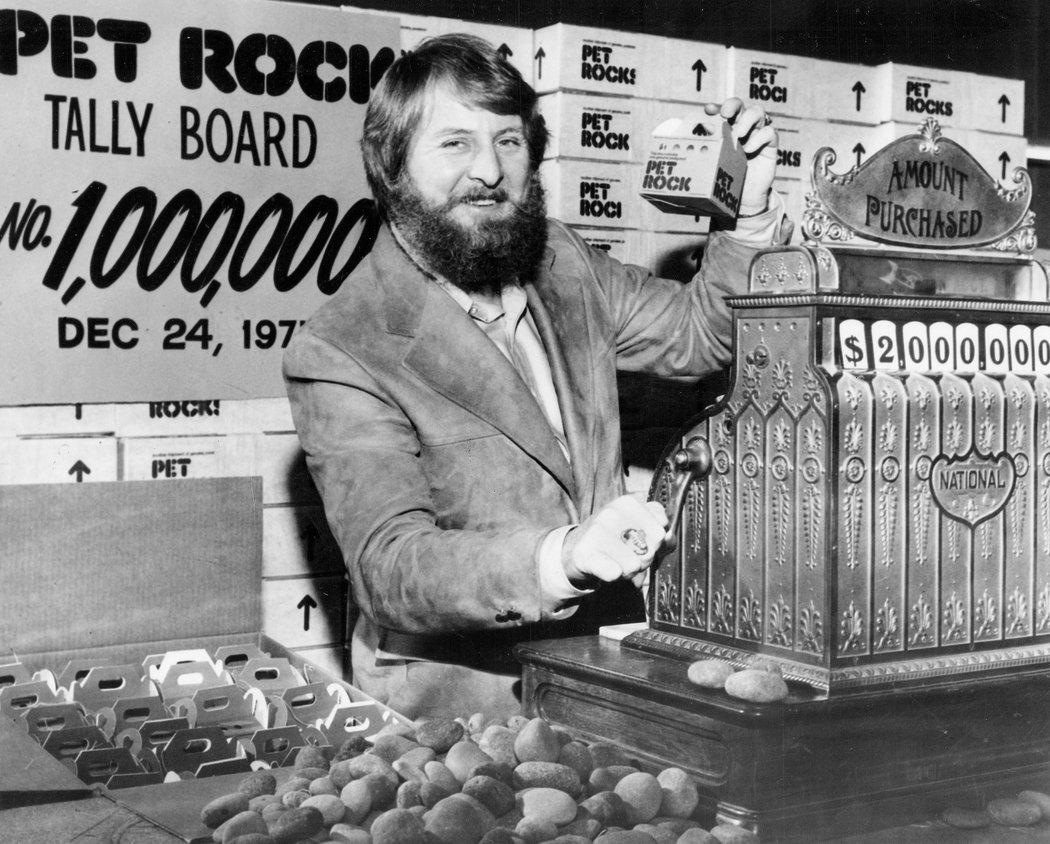 Here’s a video about Gary Dahl and his pet rocks from ABC News.

And another from The New York Times.

By this point, of course, everyone in the program had figured out what kind of pet they’d be taking home with them.  For the next hour each participant was focused on choosing the perfect pet from the box of rocks I’d brought, and creating the perfect home for the perfect pet out of plastic containers, confetti, plastic grass, stickers, permanent markers (for the containers and the rocks), fancy napkins, bits of fabric, ribbon, and anything else I could find in my craft supply closet.  We all had a great time, and the adults old enough to remember the originals got a laugh and a trip down memory lane.