A local museum is hosting an exhibit entitled “Origami in the Garden” until March of 2019.  It’s a fantastic series of metal sculptures based on origami designs scattered throughout the gardens of the museum. 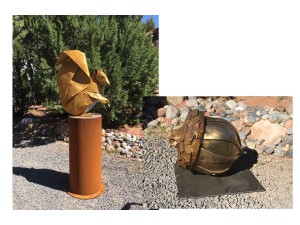 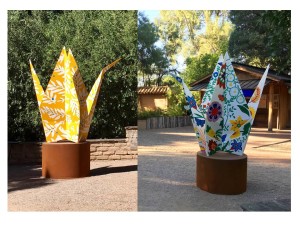 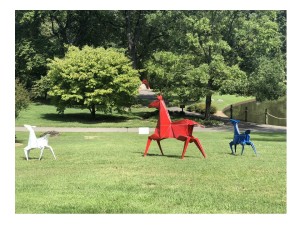 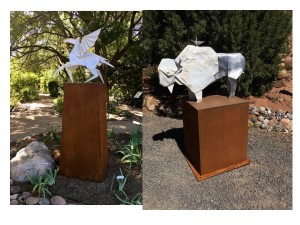 As part of the exhibit’s kick-off activities, Michael LaFosse and Richard Alexander, master origamists, were invited to visit local schools and to teach workshops at the Botanic Garden.  I was fortunate enough to be able to attend one of their workshops.  It was great!

Using giant squares of paper and the wall as their flat surface, Michael and Richard showed a group of about 25 how they use origami to make mathematical and geometrical concepts interesting, concrete, and memorable to students in the schools they visit.  While explaining to us how they teach children math and origami at the same time, they taught us how to fold several simple origami patterns,

such as a fox: 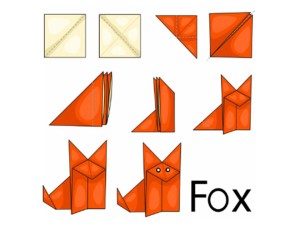 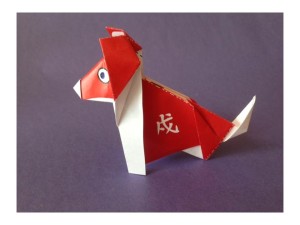 a tulip and stem: 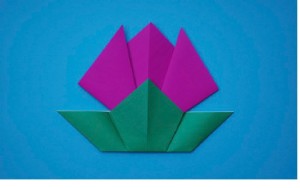 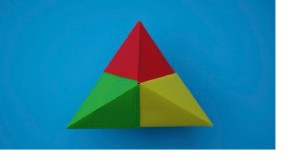 and a box in which to keep them: 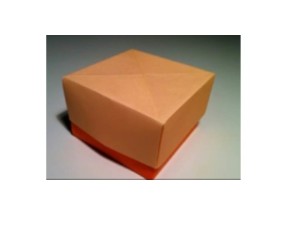 As they teach classes to fold these, and other patterns, they ask the students questions about shapes, angles, fractions, proportions, area, and various other mathematical concepts that can be made concrete for kids as they learn to fold the paper into various fun patterns.  Learning while they are having fun, and can actually see the concepts made physical with the paper, helps students recall what they’ve learned later when they are taking tests in class.

The Garden is also offering various origami classes, and having a “folding station” every Saturday.  I’m looking forward going out to the Botanic Garden and participating in these fun activities.

For more information about Michael and Richard, to contact them, or to arrange a visit from them, check out their website at Origamido Studio.  They have produced books and kits for beginners, middle of the range folders, and experienced origamists.  You can purchase those materials directly from their site or from most booksellers.

If you ever get the opportunity to attend one of their workshops, please do.  I bet you’ll have more fun than you expect!

Update:  These two guys are so cool that when they found out that an origami bat which had been donated to the exhibit had gone missing, they folded and autographed bats for each member of the staff and shipped them to the museum as a surprise!  What a fantastic gift!