Landing on Mars is Hard
During landing, the rover plunges through the thin Martian atmosphere, with the heat shield first, at a speed of over 12,000 mph (about 20,000 kph). A parachute and powered descent slow the rover down to about 2 mph (three-fourths of a meter per second). A large sky crane then lowers the rover on three bridle cords to land softly on six wheels. Read all about the rover’s harrowing entry, descent and landing.

The rover’s new home is Jezero Crater, a large impact crater about 28 miles wide (45 kilometers wide) just north of the Martian equator. Jezero once contained a lake, which scientists think is one of the most ideal places to find evidence of ancient microbial life.

If life exists anywhere else in our solar system, chances are, it might be at Jezero Crater. The main question Perseverance is trying to answer is: Was there ever ancient life on Mars?

Get Details on the Landing Site

Take a Virtual Journey with Perseverance!

The Perseverance Rover will launch between July 30 and Aug. 15, 2020 and head to Jezero Crater, where it will land at the foot of a river delta which was clearly a lake at the time microbial life was flourishing on Earth.

On June 30th, the American Museum of Natural History’s Director of Astrovisualization, Carter Emmart, led the public on an exploration of this exciting landing site as we flew over it using OpenSpace, NASA-supported software. We saw why Jezero Crater was chosen and the features it has to offer for this latest in NASA’s series of Mars rovers to investigate past conditions which could have supported life.

This live OpenSpace webcast was brought to you by the STAR Library Network’s NASA@ My Library program in partnership with the Lunar and Planetary Institute, the American Library Association, and the American Museum of Natural History. 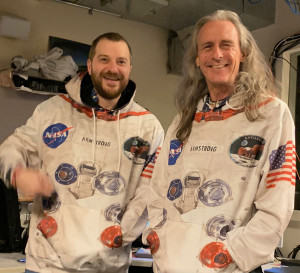 Carter Emmart (Director of Astrovisualization)
As the Director of Astrovisualization at the American Museum of Natural History, Carter directs the institution’s groundbreaking space shows and contributes to the development of an interactive 3D atlas called The Digital Universe and the NASA supported software OpenSpace. He coordinates scientists, programmers and artists to produce scientifically accurate yet visually stunning and immersive space experiences in AMNH’s Hayden Planetarium. Over the past two decades, he has directed six shows: “Passport to the Universe,” “The Search for Life: Are we Alone,” “Cosmic Collisions,” “Journey to the Stars,” “Dark Universe,” and “Worlds Beyond Earth.”

Micah Acinapura (Software Integration Engineer)
Micah will be the program’s “pilot,” driving us through the virtual world of OpenSpace. Micah works as a Software Integration Engineer on the OpenSpace project at the American Museum of Natural History. He holds a BA in Computer Science from Earlham College and previously worked for more than a decade building interactive digital experiences in the advertising and gaming industries. 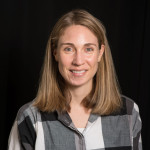 Dr. Elizabeth Rampe (NASA Johnson Space Center Exploration Mission Scientist)
Dr. Rampe studies Mars geology and mineralogy and is the deputy principal investigator of the CheMin instrument on the Mars Science Laboratory Curiosity rover. By studying minerals found on ancient Mars that were formed by water-rock interactions and similar minerals in analog environments on Earth, she helps characterize early martian environments. Her research on the evolution of the early martian surface has implications concerning its past habitability since some minerals are diagnostic of the environments in which they were formed. Dr. Rampe is also interested in the relationship between human mission operations and science. She supports human analog missions and studies the incorporation of science and scientists into extravehicular activities (EVA). 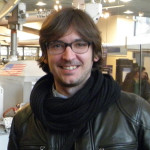 Dr. Germán Martínez (LPI Staff Scientist)
Liquid water is a necessary ingredient for life as we know it. Ultraviolet radiation is also linked to biological effects of organisms. To assess the habitability potential and prepare for future crewed missions to Mars, Dr. Martínez studies the water and radiative environment of the Red Planet via data analysis, instrument development, numerical modeling, and laboratory work. He is a member of the Mars Science Laboratory mission, which is measuring the UV radiation at the surface of Mars for the first time, and a Co-Investigator of the Mars 2020 mission, which includes a meteorological station that will measure the surface energy budget on Mars for the first time. Dr. Martínez is also interested in mentoring the new generation of planetary scientist, having advised PhD students and Postdoctoral researchers in the US and in Spain. 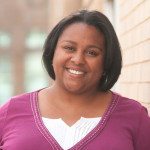 Dr. Kennda Lynch (LPI Staff Scientist)
Dr. Lynch studies life in extreme environments on Earth as models for understanding habitable environments and searching for signatures of life on other planetary bodies. Prior to obtaining her work in astrobiology, she worked as a systems engineer for the International Space Station Program and as a research engineer for the Astromaterials and Exploration Science directorate.

Close
About the Scientists

We can only send spacecraft to Mars every two years. Have you ever wondered why? This simple simulation lets you launch a spacecraft from Earth to Mars. All you have to do is decide when to launch and we take care of the amount and direction of thrust. Easy, right?

Available on smartphones and tablets!

Below we have assembled a collection of NASA STEM @ Home resources that are “ready to share” with patrons.

#AskNASA How Can I Be An Astronaut?
Take a Virtual Trip to Study the Rock of Earth and Mars
Help NASA Study Mars – Planet Four: Terrains

Main Objective: The Perseverance rover will seek signs of ancient life and collect rock and soil samples for possible return to Earth.

Take Your Patrons to Mars

NASA is about to launch the Mars 2020 mission – and now is the time to get your patrons excited! The Perseverance rover will launch between July 17-August 11, 2020, and will land on Mars in February 2021.

Invite your patrons to participate in its journey! Hear from NASA Mars scientists, learn some activities you can conduct online or in-person, and make plans to hold your own virtual (or in-person) launch or landing parties!

* Library staff only – not to be shared with patrons. 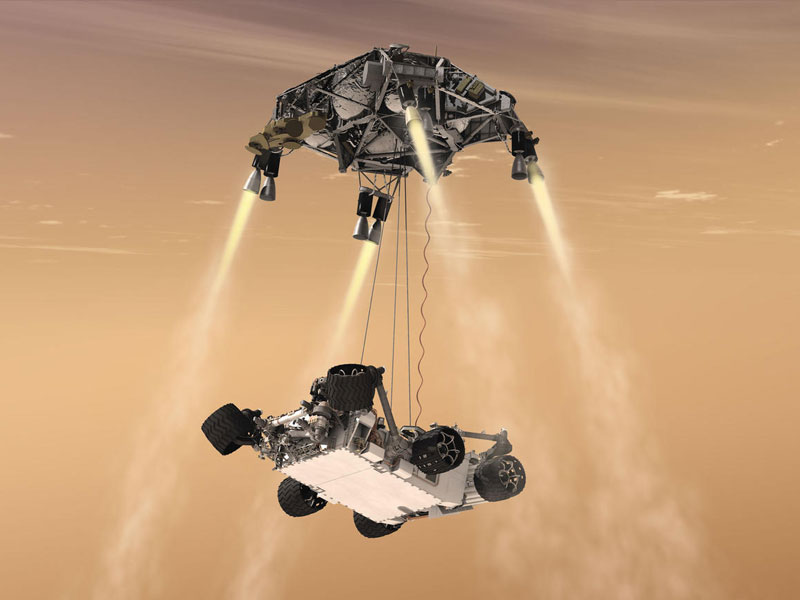 Mars is a long way from 221B Baker Street, but one of fiction’s best-known detectives will be represented on the Red Planet after NASA’s Perseverance rover touches down on Feb. 18, 2021.

An instrument called SHERLOC will, with the help of its partner WATSON, hunt for signs of ancient life by detecting organic molecules and minerals.

Below we have assembled a collection of resources that are “ready to share” with patrons that your library can utilize.

Mission to Mars
How to be a Space Explorer
Can We Live on Mars?
The Mighty Mars Rovers
View Entire Book List