How Many Ways Can You Sprout a Seed? 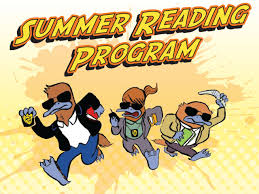 It’s half way through June, and every children’s librarian in a public library is well into the first half of a crazy marathon commonly called Summer Reading Club.  I know planning and preparation for the summer’s line-up of programs has been under way for months, but every once in a while, things don’t quite pan out the way we expect and hope.  A presenter has an emergency and can’t come do the program you’d agreed they’d do.  There are tornado warnings being broadcast on the one day you planned to do sidewalk art.  It’s raining the afternoon you’ve set aside for stomp rockets.  The electricity goes out on Movie Day.  Anyone who’s been a librarian long enough has her/his own tale to tell…

I like to have a few quick and easy programs hidden away here or there for just such occasions.  One program that I’ve found easy to put together quickly and inexpensively is tiny terrariums.  This time of the year is the best for acquiring some of the best free tiny terrariums you can find – icee and slurpee cups.  They are just about perfect.  They don’t shatter when dropped and they don’t have sharp edges to worry about.  They hold water and dirt.  And best of all – they come with a cool dome lid with a hole in the top to vent them.  No alterations need to be made, except to eat the tasty flavored ice that comes in them, which few people would complain about doing.

If you can’t find anyone who’ll help you collect the clear plastic cups by drinking lots of cool icy drinks in 90 degree weather, you could always lean on your friends who like to eat fast food.  There are plenty of fast food containers that will work just as well, merely requiring shorter plants, like cacti.  Any container with a solid bottom so the water and soil don’t leak out, and a clear lid that fastens on to hold in the water vapor, will work.  I sprout many of my plants in Taco Bell, Wendy’s, and yogurt containers, among others. 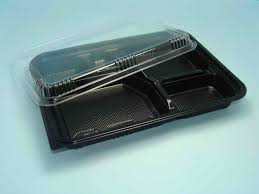 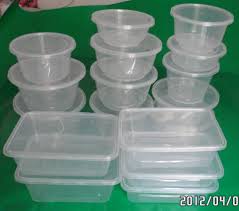 Two liter drink bottles are great to use, since they can be used as planters with a water source, and can be converted into hydroponic planters, as well. If you have the space, perhaps a vertical flower garden could be started, such as these I found online: 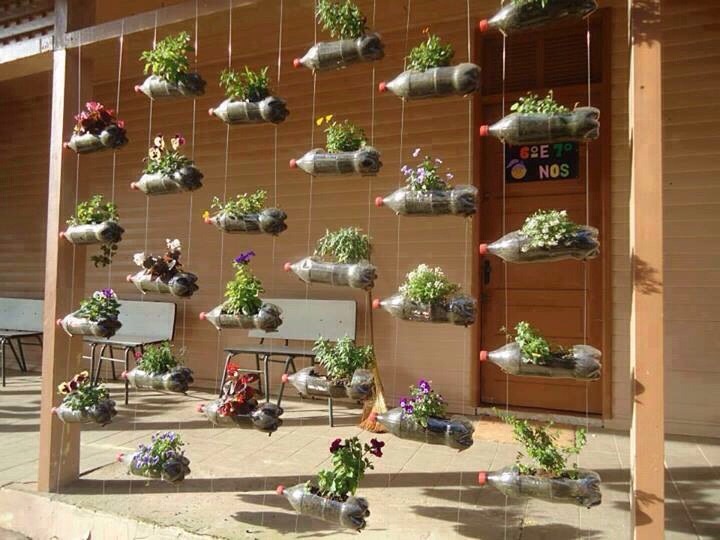 One year I even used quart sized freezer bags and moistened paper towels for my sprouting seeds program.  After laying the wet paper towels in the plastic bags, we scattered some wild bird seed on top of the paper towels.  Then we sealed up the bags, making sure to inflate them by blowing them up like balloons before sealing the last 1/4 inch or so of the closure.  Those participants who left their bags at the library for a week were incredibly excited a week later when not only could they see roots weaving intricate patterns all over the paper towels, but little green sprouts were beginning to push on the ceiling of their inflated plastic bag enclosures.

Once containers have been collected, old newspapers, water, soil, and seeds are needed.  I use old newspapers to contain our mess when we do our planting indoors.  The library faucets provide the water.  Potting soil can be purchased fairly inexpensively when you catch it on sale.  Parents and/or coworkers can sometimes donate extra soil they have at home, as well.  Seeds can be purchased or collected.  I’ve used wild bird seed nearly every time I’ve done the program, as well as gathering available wild seeds.  I’m sure few people would complain about my collecting the dandelion seed heads out of their yards before the wind scatters them.  There are plenty of other wild grass seed available this time of the year that only cost the time it takes to gather them.  Offering the kids a choice of mystery seeds gives them more incentive to take care of their tiny terrariums after they leave the library.  If they don’t, they won’t discover what kind of plant would have sprouted from the seed they chose to plant in their tiny terrarium.

I like to have a collection of different types of seeds to display at the program so that children can see that the variety of shapes, sizes, and colors is nearly limitless, from large nuts to tiny fruit seeds, from beans to the multitude of flower seeds that appear to be as small as, if not smaller than the period at the end of this sentence.

All in all, Tiny Terrariums programs teach participants about botany, gardening, recycling, using available resources creatively, and just plain old having fun getting their hands dirty.  At the same time, I have an easy to plan and implement program which is fun and low cost.

Speaking of creative, there’s a conference center in Nashville that uses old shoes as planters for their flowers and vegetables! 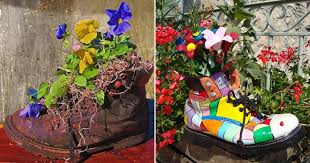