Below are the team members for the STAR Net program. Feel free to reach out to them if you have any questions. 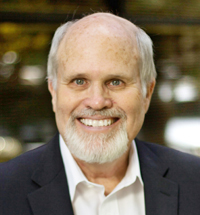 Paul received his B.A. in Physics from Whitman College in 1972 and his Ph.D. in Physics in 1978 from the University of New Hampshire specializing in space plasma physics. He was a Research Associate at the University of Colorado, Boulder from 1982-1990. In September of 1989, he became the Program Director of the Magnetospheric Physics Program at the National Science Foundation.

In October 1992, he was appointed Executive Director of the Space Science Institute (SSI), a nonprofit research and education organization, located in Boulder, Colorado. In 2010, SSI’s Board of Directors appointed him Director of the National Center for Interactive Learning. In June 2014, he stepped down as Executive Director to devote full time to directing NCIL. From 1995-2004, he led the development of a successful workshop series for scientists and engineers to learn how to implement effective formal and informal STEM education programs. He was the project director and led the development of major national traveling exhibitions: Electric Space, Space Weather Center, MarsQuest, Destination Mars, Alien Earths, Giant Worlds, and recently Great Balls of Fire: Comets, Asteroids, and Meteors. He has also led and participated in numerous professional development workshops for classroom teachers, science museum educators, and library staff. Currently, he directs the national library education program called the STAR Library Network (STAR Net), in partnership with the American Library Association and many library and STEM education organizations. The STAR Net program includes traveling STEM exhibitions, activities and training for librarians, an outreach program in partnership with the Afterschool Alliance, a community of practice for librarians and STEM professionals, and evaluation and research. Several projects are part of STAR Net: Discover NASA, NASA@ My Library, and Project BUILD. STAR Net is supported by a number of sources: NSF, NASA, NIH, and IMLS. He was also the PI and project director for the first Public Libraries & STEM Conference in Denver, Colorado in August, 2015. This NSF-funded conference brought together 160 leaders from both the public library and STEM education communities to help define a new 21st century vision of STEM learning in public libraries. 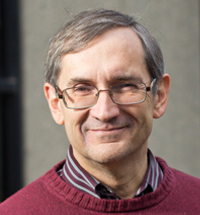 James Harold has a research background in space physics (Ph.D. in physics, Univ. of Maryland), and is currently Director of Information Systems and Technology for the Space Science Institute. Jaime has a long interest in the role of computers, simulations, and games in education. He has been involved in a wide range of space science education programs, including the NASA Office of Space Science (now Science Mission Directorate) Education Support Network, which sought to enhance NASA’s education involvement through more effective scientist involvement and more cohesive education programs. He was the development lead for the software components of the Alien Earths and Giant Worlds traveling exhibits and accompanying web sites, as well as the Space Weather Center website. He was Co-I on the NASA/HST funded MyStar project (a small stellar evolution game), and the NSF funded Hydrobot project (a 3D Hydrobot simulator game). Jaime is currently Co-I and software development lead for the NSF funded Great Balls of Fire exhibit, PI of the NSF and NASA funded Finding NEO project (developing, among other things, a physics based asteroid deflection game), and PI of Making Space Social, which is creating a social game for Facebook dealing with stellar and planetary evolution. 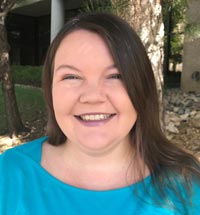 Anne’s professional training includes a B.S. and a B.A in Astrophysics and English Writing from the University of Hawaii in 2007 (along with minors in math and geology), and a Master’s in Science in Space Studies form the University of North Dakota in 2012. She has previously conducted astronomy based outreach for the Mauna Kea Visitor Information Station, Hawaii Forest and Trail, and various youth groups. Anne also worked at the Denver Museum of Nature and Science prior to joining NCIL in Fall 2010.

As Community Engagement Manager at NCIL, Anne manages all the library (STAR Net) and museum (Great Balls of Fire) tours, and serves as Project Manager for many NCIL programs. Anne also leads SSI’s outreach efforts, visiting schools, libraries and science centers and conducting hands-on science programs (like stargazing). Anne is Co-I on Phase 2 of the STAR Library Education Network, NASA @ My Library and Discover NASA: From Our Town to Outer Space. Anne is also an active presenter at the American Library Association ,Colorado Association of Libraries and Association of Science and Technology Centers, as well as a core member of the Coalition for the Public Understanding of Science (COPUS). 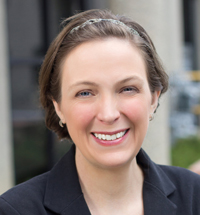 Keliann has provided STEM learning experiences to youth and adults on a range of topics in a variety of settings, from biology explorations on the beach in California to astronomy outreach in inner city Denver.  Her training includes a bachelor’s degree in Chemistry from the University of Denver; she also has a master’s degree in Environmental Science and Engineering from Caltech, and she performed astrobiology research at JPL. She is a trained in the communication process of heritage interpretation, with certifications from the National Association for Interpretation as a Certified Heritage Interpreter (CHI) and Certified Interpretive Trainer (CIT).

Keliann has provided professional development for librarians for the past seven years, including as a member of the NSF-funded STAR_Net project and co-convener of the 2015 Public Libraries & STEM conference. She joined the NCIL team in 2016 as Professional Development Manager, where she facilitates in-person and online training. She leads the development of active learning experiences for the library setting, working with professionals from the library, education, and STEM fields to develop a portfolio of activity guides for NASA and NSF content areas. 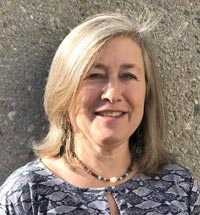 A 1995 graduate of the University of Colorado Denver, Jennifer earned her B.A. in English Writing with an emphasis on Spanish and the Arts. Jennifer’s career has focused on nonprofits and teaching. She has worked for two music nonprofit organizations where she produced jazz concerts and assisted with their fundraising. For many years, she was also a substitute teacher for the Denver Public School system.

Coming on board as the Projects Administrative Assistant at the Space Science Institute, Jennifer had the immediate pleasure of working on the 2017 Solar Eclipse project, distributing solar eclipse glasses to libraries all across the country. Jennifer looks forward to helping things run smoothly for the many educational projects at SSI. She also enjoys living in Boulder, studying dance, singing in a choir, and exploring the great frontiers of life. 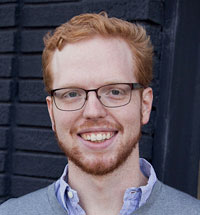 Whether he’s showing dinosaur fossils to an auditorium full of second graders, co-leading a webinar with an astrophysicist for hundreds of librarians, or leading an interpretive snowshoe hike through the Rocky Mountains, Brooks is an advocate for informal STEAM education.

In his current role at the National Center for Interactive Learning (NCIL) at the Space Science Institute (SSI), Brooks coordinates the STAR Net Webinar Series and the STEM Activity Clearinghouse –  both have which quadrupled in number of viewers/users since Brooks joined the team – and facilitates in-person workshops and coaching calls for library staff nationwide. He supports SSI’s Professional Development team and the “STEM in Libraries” movement through the NASA@ My Library, Project BUILD, and Partners for Middle School STEM initiatives and will serve as Senior Personnel for the upcoming ‘Enhancing STEAM Equity and Learning Opportunities in Libraries and Their Rural Communities’ project (generously funded by the National Science Foundation).

Brooks received his B.A. in geology with a minor in anthropology from the University of Alabama in 2012, and began his professional career by leading field trips and designing interactive exhibits for museums and aquariums as well as writing and editing content for science articles. 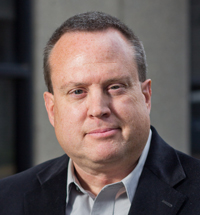 A graduate of Purdue University, Greg earned his B.S. in Technical Graphics (Computer Graphics Technology) from the Purdue Polytechnic Institute, one of the largest and highest ranked technology schools in the U.S.

With over 20 years of professional experience working for large corporations, small-to-medium-size businesses and internet startups, he has developed a diverse skill-set in variety of different areas including web design and development, print design and production, project and content management, email marketing and social media management.

In March of 2016, he joined the Space Science Institute’s National Center for Interactive Learning as their Web Content Manager. By June of 2016, he had redesigned, developed and launched the current version of the STAR Net website which added numerous tools and resources to effectively disseminate information to the library community. In September of 2016, he began developing specialized event sections dedicated to providing programming resources directly to public libraries which included International Observe The Moon Night, Engineers Week, Earth Day, Lights on Afterschool, Cassini’s Grand Finale, Parker Solar Probe, NASA In-flight Education Downlink, InSight Mars Lander, 2019 Summer of Space and the 2017 Solar Eclipse which has received over 1 Million page-views alone since it was launched in the Fall of 2016. 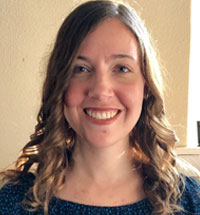 Claire Ratcliffe received her B.A. in Environmental Studies with minors in Anthropology and Business from the University of Utah in 2010. After graduating, Claire fell in love with education and taught in various informal education settings, including teaching a science camp in Kodiak, Alaska, working as a Marine Naturalist in Maui, and directing a teen program for the Boys & Girls Club in Utah. These experiences inspired Claire to pursue her Master’s degree in Natural Science Education at Teton Science Schools and the University of Wyoming, where she graduated in 2017. Most recently Claire has been teaching STEM to elementary and middle school students in Laramie, Wyoming.

Claire joined the NCIL team in February 2019 as Education Coordinator I. She is working on professional development for libraries across the country, including facilitating workshops, webinars, and adding to the development of the STAR Net’s STEM Activity Clearinghouse. 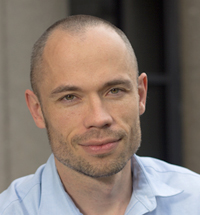 Evaldas is a graduate in studio arts from the University of Colorado in Boulder with a certificate in Technology, Arts and Media (2003). He joined the Space Science Institute in 2002 and has been the primary programmer for a wide variety of interactive activities and games for NASA and NSF funded projects, including MarsQuest Online, Alien Earths, Giant Worlds, the Space Weather Center, Hydrobot, Great Balls of Fire, and Finding NEO. In addition to development tools such as Flash and Director, his expertise in PHP has allowed us to develop online activities which track user interactions for later evaluation. He also has experience developing multi-touch applications for both Flash and the Microsoft Surface. 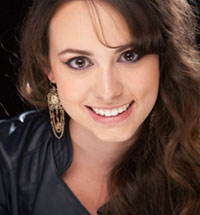 Stephanie was awarded a BA in Anthropology Magna cum Laude from the University of Northern Colorado in 2011 along with a minor in Theatre Arts.  She received her Master of Arts with Merit in 2013 from the University of Bristol’s Archaeology for Screen Media Program in the United Kingdom with extensive experience in a wide range of media and science platforms including museum visuals, film, and archaeological field work. She was the First Assistant Director on the web series “9realms”, as well as became the Creative Director for Slant of Light productions, a theatre-based nonprofit based in Milford, CT. Since then she worked in Special Events for Disney Event Group at Walt Disney World as well as a District Executive for the Boy Scouts of America.

Stephanie joined the NCIL team as Education Coordinator in November of 2018, where she will be working as a liaison with project partners to build relationships and proactively determine needs.